My daughter asked for a pair of roller skates for her birthday this year. No problem, I thought, but I was also curious where this new idea came from. Turns out her roommate used to be pretty serious about roller derby, but nowadays just wanted to get out and roll around on sunny days for exercise. “Wear a helmet,” I said.

It got me thinking about roller derby, so I decided to do a little digging into the history of the sport. I found Roller derby: the history and all-girl revival of the greatest sport on wheels, by Catherine Mabe to be a good introduction. Did you know that the first “Roller Derby” was held in 1935, and consisted of competitors taking 57,000 laps on a flat track? Even stranger is that over 20,000 people turned up to watch the spectacle.

This foray into the history of a sport got me wondering about other sports and their potentially curious histories, and I quickly made a list of likely titles:

That last one, ‘Fox tossing’ was too interesting to pass up, and I had to check it out. Inside, I learned about ‘Dwile Flonking,’ in which two teams dance to accordion music while attempting to hit each other in the face with a beer-soaked rag, and ‘Flyting,’ which consists of two people cleverly swearing at each other.

When I’m at the library I can’t help browsing. While searching for ‘Fox tossing,’ I also found The Adrenaline Junkie’s Bucket List; 100 extreme outdoor adventures to do before you die, by Christopher van Tilburg, and while I’m not much of an adrenaline junkie and most of the items on this list seem designed to help the participants reach the last part of the title, I couldn’t help but flip through. Inside, I spotted “Run an all-night relay,” which is something I’ve actually done. Twice. So I can check that box and put the book back, I think.

Speaking of running, another book on the shelf caught my eye, What makes Olga run? The mystery of the 90-something track star and what she can teach us about living, longer, happier lives, by Bruce Grierson. I hope I’ll be fit enough to still be running when I’m in my 90s. Hey, maybe I should start reading that one sooner rather than later.

Library tip: Okay, it’s not exactly a ‘sport’ but did you know the library has board games available for checkout? There’s a whole new world of tabletop games available, and most of them are for grown-ups. One of my favorites is called Splendor, and involves gathering and trading gems to gain victory points.

A version of this column first appeared in The Messenger, June 2022. 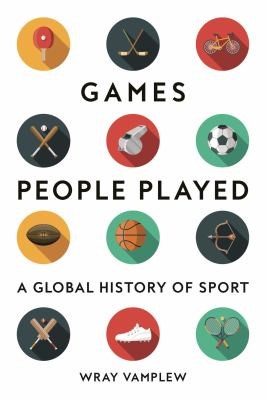