Freezing cold competition, heartwarming triumphs, and crash-and-burn catastrophes—yes, it’s Winter Olympics time! To get in the mood for this year’s games, which start on February 4, why not learn about Olympic history and Olympic greats?

“Speed Kings: The 1932 Winter Olympics and the Fastest Men in the World” by Andy Bull. Bobsledding was a must-see event at the 1932 Winter Olympics in Lake Placid, New York, and the four-man US team consisted of a socialite playboy, a washed-up actor, a boxer-turned-scholar, and a charismatic young daredevil. Read the book to learn not only about the team but about the era, as the world inched closer to World War II. (For a more lighthearted look at Olympic bobsledding, watch “Cool Runnings” (DVD), a movie based on the true story of the 1988 Jamaican bobsledding team.)

“The Making of a Miracle: The Untold Story of the Captain of the 1980 Gold Medal–Winning U.S. Olympic Hockey Team” by Mike Eruzione. This memoir has not only a play-by-play of the winning game but also intriguing details of Mike’s life before and after the Olympics. (For the same story from coach Herb Brooks’s point of view, watch “Miracle” (DVD), starring Kurt Russell.)

“Eddie the Eagle” (DVD). Watch this feel-good, based-on-a-true-story biopic of Michael Edwards, whose tenacity led him in 1988 to become the first British ski jumper at the Winter Olympics in 60 years.

“Zero Regrets: Be Greater Than Yesterday” by Apolo Anton Ohno. A native Washingtonian with eight Olympic medals in short-track speed skating, Ohno writes about his family, his philosophy, and his quest for excellence in the 2002, 2006, and 2010 games.

“The Fall Line: America's Rise to Ski Racing's Summit” by Nathaniel Vinton. Follow top US ski racers like Bode Miller and Lindsey Vonn through the 2009-2010 World Cup season as they climb to the top in this dangerous sport, culminating in the 2010 Winter Olympics.

“A Team of Their Own: How an International Sisterhood Made Olympic History” by Seth Berkman. How did athletes from South Korea, Canada, and the United States - and surprisingly, at the last minute, North Korea - join together into the unified Korean women’s ice hockey team at the 2018 Winter Olympics? You’ll meet individual athletes, follow their paths to the games, and learn of the hardships of competing as a female ice hockey player in Korea.

“Nature: Pandas—Born to Be Wild” (DVD). Every Winter Olympics since 1972 has had a mascot, and for the 2022 Winter Olympics, held in Beijing, it’s a cartoon panda named Bing Dwen Dwen. Cartoons are fun, but to learn about real pandas, watch this PBS documentary.

Let the games (and the reading) begin!

Library tip of the month: The Olympic games bring together athletes from all over the world. Get a taste of the world with the library’s world languages collection - just search our catalog for books, DVDs, and magazines in many languages. If you’d like to find Winter Olympics news in newspapers from around the world, try PressReader, our digital worldwide magazine and newspaper source.

A version of this column first appeared in The Messenger, February 2022. 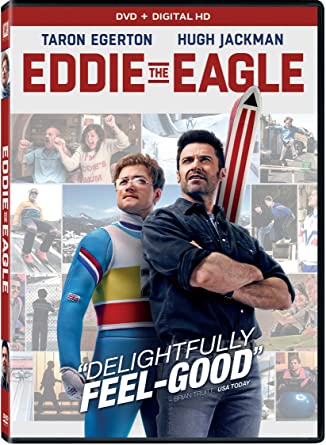