Space is the place

When I was first considering making a career as a librarian, I had a variety of dream job scenarios in mind, most of which have evolved as I’ve gained experience in the field. However, one dream remains mostly unchanged, which would involve being a librarian on a Lunar or Martian colony. Dangerous? Probably. But I can’t imagine a place in the solar system where people would have a greater need for access to good information than a space colony. While I wait for those colonies to get started, I’ll keep working here on Earth and watching all the new and interesting developments in space travel. How far have we come, and what might be next? Well, of course there are some great new books for that:

True stories are great, but if you're in the mood for fiction, here are some new stories about space colonization that might give you the diversion you need.

Library hint: Looking for more great reads? Library resource NoveList provides many ways to search and browse for books of any style or genre, titles in a series, books by your favorite authors, and authors you might like based on what you’ve enjoyed before. Go to our Reading Resources page and select NoveList Plus to give it a shot.

A version of this column first appeared in The Messenger, November 2022. 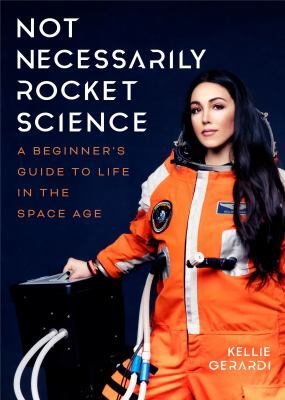