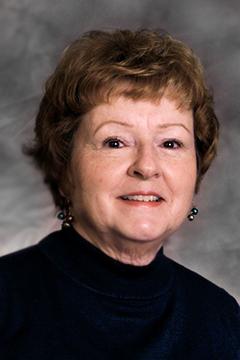 "I believe that an easily accessed community library must be available to all of our citizens. Libraries were important in ancient civilizations, they have remained important throughout time, and they are even more important today."

Jane Higgins was born in Kansas and raised in Eastern Oregon where she developed her love of books and libraries. In fourth grade she lost the library book, The Secret Sloth. "I felt like I had committed a mortal sin," Jane remembers. "Library books were that important."

As an adult, Jane has lived in several states, following her husband Don's career transfers. Her interests and activities focused on the education of her two children, civic and neighborhood activities, and life-long learning.

Jane is a graduate of the University of North Carolina - Charlotte and taught school in Charlotte, eventually working as a middle school instructional facilitator and coordinator for the International Baccalaureate Middle Years Program. Part of her work included evaluating schools in North America that were applying to implement the program, and schools whose certification was up for renewal. She coached academic teams and twice took her team to the final four in National Academic League competition. Helping students achieve challenging goals was the most gratifying part of her teaching career.

Jane and Don retired to Battle Ground in January 2000 (a new home in the new millennium). Jane's affiliations have included Phi Kappa Phi, the International Reading Association, the National Middle School Association, and the Friends of Battle Ground Community Library. Jane has served as chairperson of the Fort Vancouver Regional Library Foundation and president of the Friends of Battle Ground Community Library. She and her husband, Don, have been co-chairs of the campaign for a bigger and better library for middle and north Clark County.